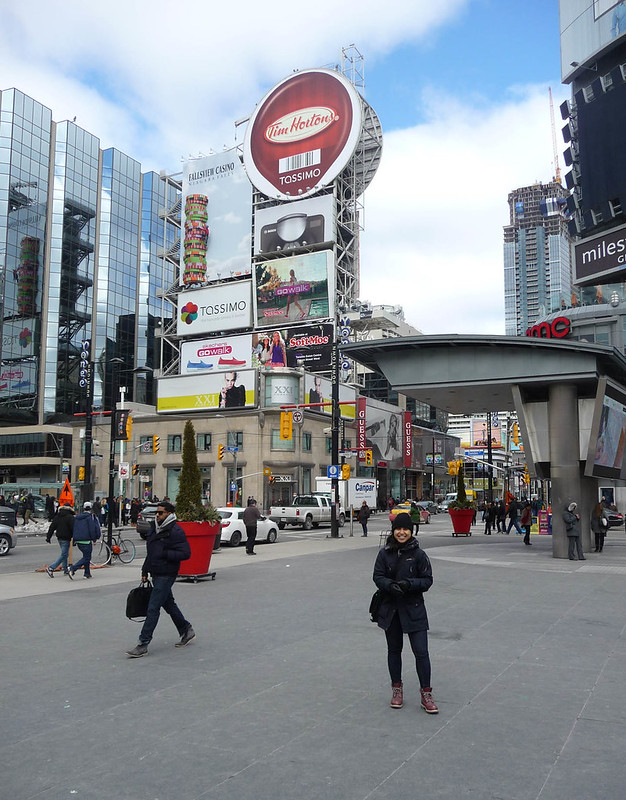 Living in Europe has rubbed off on me more than I realize. I’ll probably be able to better evaluate it years from now, but for the time being, especially since I’m leaving Germany likely for good quite soon, I can’t help but reflect on how I’ve changed in the past three years.

In less than four weeks – I’ve been deliriously counting down the days in my calendar – I’ll be home for a brief visit. The last time I was across the pond feels like ages ago although it was just about a year and a half ago. I experienced reverse culture shock the first few times I went home; I already anticipate I’ll feel it again when I’m back in Toronto next month.

Being in an English-speaking country once more is always rather overwhelming at first. Upon landing on Canadian soil, the first words that naturally want to come out of my mouth are German. It takes me a few seconds to grasp that I can actually speak my native language, which is just as refreshing as it is awkward. This experience also reminds me never to take for granted being in a country where pretty much everyone is able to communicate in English.

As soon as I see the skyscrapers again and am surrounded by 8-lane highways and cars that Europeans deem colossal, I am reminded of how accustomed I’ve become to completely different infrastructure, societal values and lifestyles.

In Germany, overtaking on the Autobahn is legally only allowed on the left. One remains in the far right lane unless one intends on overtaking another vehicle. It’s a simple, ingenious concept that works, so why the hell haven’t Canadian highways adopted this law yet? Only when I force myself to bear in mind that there are no speed limits on the Autobahn, a key difference in comparison to North American highways, does my frustration dissipate.

Concepts of space and distances over here are influenced by the compact nature of Europe’s geography. For example, whereas many Canadians I know think nothing of commuting to the office up to two hours one-way per day, this would be ludicrous to a German. A German would prefer to have, say, a house in Berlin (for weekend jaunts) and a small flat in the city where they work (in this case, any city farther than an hour’s drive from Berlin) from Monday to Friday.

My daily commute to work usually takes about twenty-five minutes and I wouldn’t be able to bear anything longer than that. I have been spoiled by the accessibility of bike lanes and have gotten used to living in a medium-sized city where it never takes longer than thirty minutes (by bike) to get from one side to the other. Therefore, though I look forward to going home, I already cringe at the thought of being stranded in suburbia, having to rely on either my dad or public transport as well as journeying hours on end to get from one side of the GTA to the other.

Another readjustment I have to make when I’m back on home stomping grounds is the way in which I interact with strangers. In Canada, cashiers help you bag your groceries or bank tellers make small talk with you, for instance. I, on the other hand, am trained to be just as standoffish as the non-customer service oriented cashiers and bank tellers are to me in Germany. Doing without such friendliness has made me realize how much I miss Canadian culture.

Living abroad goes hand in hand with being asked, especially by friends and family, “So when are you coming home?” Unlike my last few visits, I expect to be asked this question multiple times this summer. The question doesn’t offend me. Rather, it’s caused me to question what and where home really is.

Toronto will forever remain my true Zuhause, but I believe that one can feel at home in other cities and countries too. Home doesn’t have to necessarily be where one is born and raised. My desire to experience more of the world is so intense, I likely won’t ever be content living in Toronto, let alone settling there. In fact, each time I’m back, I feel more and more like a tourist. I am not familiar with which restaurants to try or new sights to see as so many changes and developments occur while I’m gone. But I am completely fine with that.

Living abroad has allowed me to view Toronto from a fresh perspective every time I’m back, something I wasn’t able to do when I lived there. I am now able to see the city and its inhabitants in a new light, which is an utterly unique and priceless feeling. Not being able to hop on my bike to get wherever I need to go will annoy me, however I’m certain that being home, as always, will be an absolute treat.