Who knew that trusting my gut and risking everything would alter the course of my life? 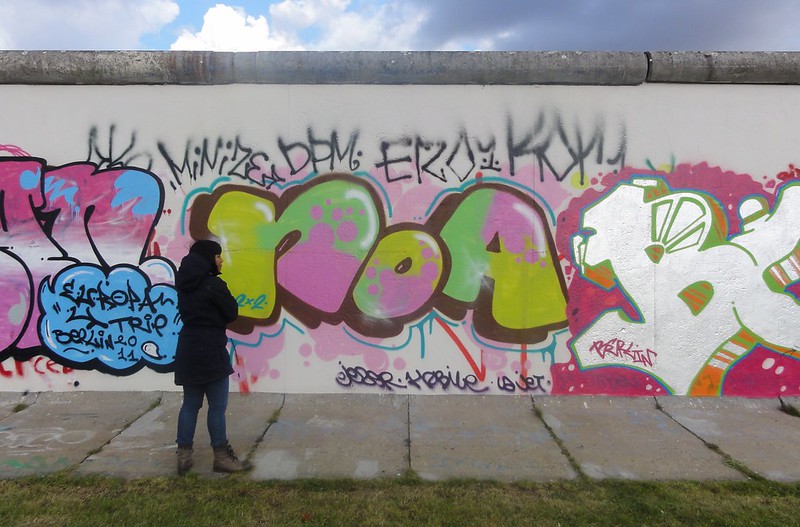 Seeing the Berlin Wall for the first time.

When I flew from Toronto to Berlin on a one-way ticket back in early 2012, I didn’t have a job or an internship lined up in Germany. I was 25 years old and I had just spent a year in Australia.

At the time, all I knew was that I was keen on continuing to live abroad. I was intrigued by the idea of immersing myself in German culture and society. I also wanted to be reunited with my German boyfriend, as we’d met in Australia.

The only plan I had was to figure everything out once I got to Germany.

I applied for the one-year Youth Mobility Visa at the German Consulate in my hometown, Toronto – the only location in Canada where this visa can be processed. And in less than two weeks, I had my visa in hand, eager to hop across the pond.

Since I met all the eligibility requirements, the procedure was fairly easy. What sticks out in my mind though is having to write a letter as part of my application. In this letter, I described my intended travel plans and explained why I was motivated to live in Germany.

Little did I know that I’d end up applying for another visa after the year was up and staying in Germany for a total of nearly four years. But more on that a bit later.

When I flew into Berlin, I remember it being very cold and grey. It was the dead of winter, after all. Jet lag, slightly anxious and excited all at once, I boarded a train heading for Braunschweig, a city less than three hours away from Berlin where my boyfriend was based.

It wasn’t the first time I’d been to Germany. I’d actually visited the country the previous year in 2011. That trip was two months long – a good amount of time to see some of the major cities, learn a few basic German words and phrases and get a feel for German people.

If I hadn’t gone on that trip, who knows whether I’d have had the courage to come back the following year without a job waiting for me. Friends and family thought I was nuts for taking such a huge risk, but that didn’t stop me.

I went with my gut and everything ended up working out.

Within two months of my arrival, I was able to find work as an English teacher in Braunschweig – exactly the kind of work I wanted at the time. Due to the demand for English learning in our middle-sized city, I remained in this profession until I left Germany in late 2015.

Having lived the majority of my life in Toronto suburbs where access to a car was necessary, it was liberating being able to bike or walk wherever I needed to go – to work, to the nearest supermarket, to visit friends, etc. As well, the cost of rent was peanuts in comparison to the sky-high rent my friends in downtown Toronto were all paying.

Some highlights of my first year in Germany include discovering the charm of German Christmas markets as well as taking advantage of the ease of travel within Europe. On one trip, it was only a two-hour flight to meet my family in Rome. On another trip, my boyfriend and I hit the road and headed south for Croatia. 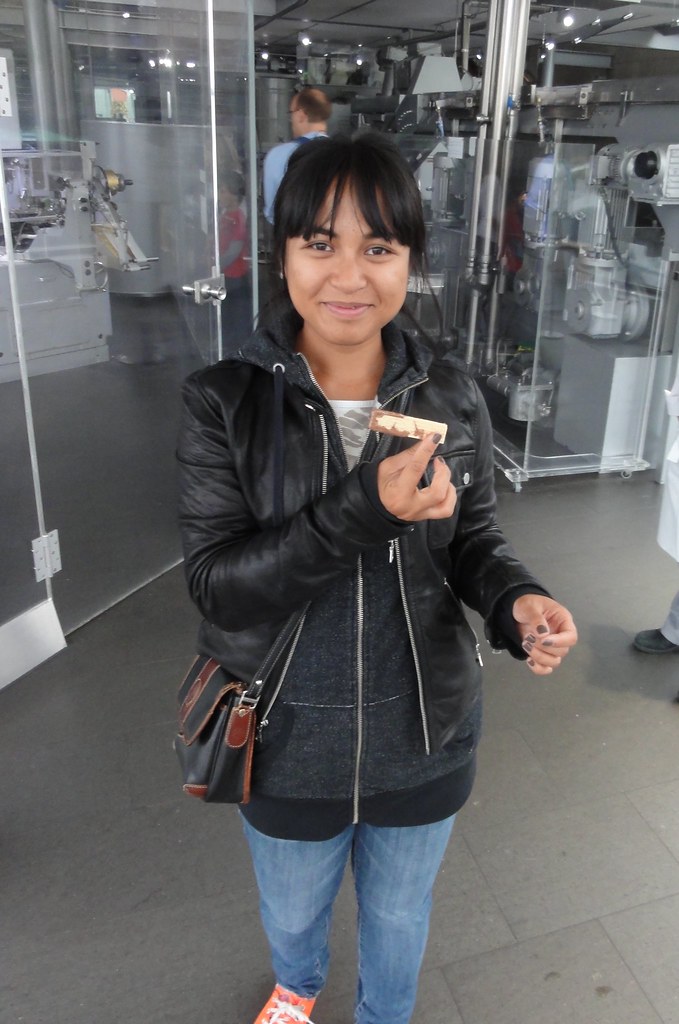 Indulging in some free samples at the Chocolate Museum in Cologne.

But I didn’t bother trying to visit all the must-see sights in Germany – or in Europe, for that matter – because a few months after I arrived, I already had a feeling I wanted to stay longer than one year.

As such, I started to teach myself the German language so that I could communicate with people in public, make German friends and really get to know Braunschweig and its local culture. It was important for me to integrate into society.

Though you can probably get by without speaking a word of German all across the country, it is extremely useful – particularly in the smaller, lesser known cities and towns – to be able to speak the local language. It was only once I could speak German fluently that I could appreciate the country on a whole new level.

Close to the end of the duration of my Youth Mobility Visa, it wasn’t easy applying for a residence permit within Germany for several reasons beyond the scope of this article. However, I will say that earning a certain income level was one requirement.

At the end of 2015, I left Germany to pursue a Masters degree in Wales. Around this time, my residence permit expired as well.

Looking black, it’s pretty crazy to think that I ended up staying in Germany for as long as I did. I understand that this wouldn’t work for everyone. But personally, I think if I’d left after one year, I would’ve just scratched the surface.

Living as a foreigner in Germany for several years gave me the chance to gain a deeper understanding of the country and its people. Now, although Canada will always be home, Germany feels like home to me, too.

And can you believe it? One of the main reasons why I was persuaded to give this Youth Mobility Visa a shot in the first place is because of a Canadian woman I’d chatted with on a bus in the Australian Outback.

It’s a shame that we’re no longer in touch, but I hope somehow, someday she reads this. To the woman whose name I can’t recall, thank you for sharing your story with me. I was inspired to get this Youth Mobility Visa partly because you did, too, and I’m a changed person because of it.

This article was originally published on 4th July 2017 at Experience-Germany.ca.