🎙️ How I Built This with Guy Raz (in the How I Built Resilience episodes, founders share how they’re navigating these turbulent times)

📝 Liz and Mollie (love these whimsical, relatable illustrations about feelings at work)

🎨 Still Here Still Life (has got me drawing again after a 10-year hiatus!)

🌈 Some Good News (because laughing and smiling aren’t cancelled)

📚 Blinkist (the mindfulness blinks have been especially soothing)

Me in 2011 on top of the Devil’s Marbles, a rock formation in the Australian Outback.

Lots of people have written about the importance of not letting your job title define you and I am finally chiming in. After recently reading the blink of a book called Minimalism, which argues among other things that each person is far more than just her profession, I realized I myself am guilty of asking people I meet the annoying question, “what do you do?”

END_OF_DOCUMENT_TOKEN_TO_BE_REPLACED

Dear reader who I interviewed today for an article,

Thank you for following some of my work, telling me you appreciate my pieces and that you think I write well. I am grateful for the feedback!

With the trend of women shaving their heads on the rise, I’ve felt compelled to reflect on what the head shave experience was like for me a decade ago.

Even in 2008, the shaved female head — which is rooted in ancient traditions and spans various cultures and beliefs — wasn’t new.

Britney Spears shaved her own head a year before I did. And before her both Grace Jones and Sinead O’Connor were baldies in the 1970s and 1980s, respectively.

But there hasn’t really been a movement in the past that’s similar to what’s happening now. Currently a growing community of women are dismissing the traditional notion of long hair being equated with femininity.

More and more, hashtags like #BaldiesGettheJobDone on social media are being used by a fearless group of females who dare to defy societal standards.

END_OF_DOCUMENT_TOKEN_TO_BE_REPLACED 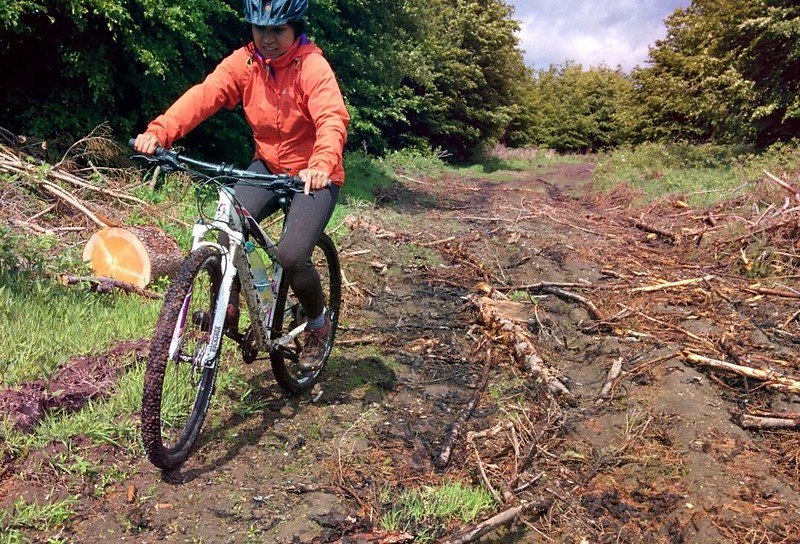 Mountain biking in the Harz region in Germany circa 2015.

One key thing I’ve learned as a job seeker is that my identity isn’t entirely defined by my profession. Realizing this has been helpful for me in dealing with the ups and downs of carving out a career for myself (without the slightest idea how to go about doing it).